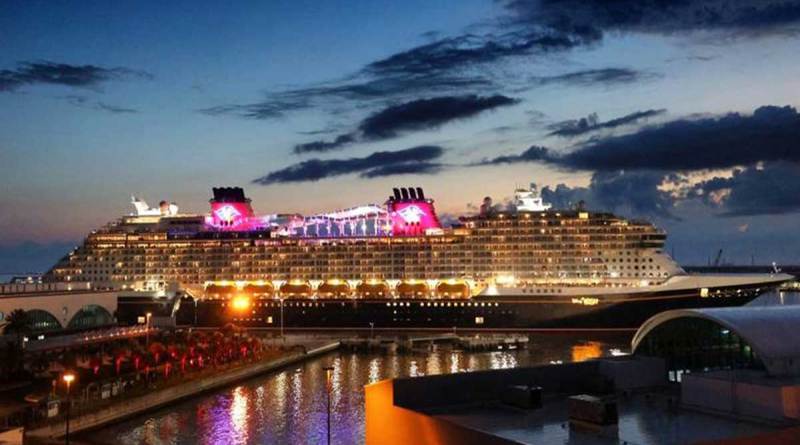 In the wee hours of the morning on Monday, the Disney Wish pulled into its new home port of Port Canaveral after its transatlantic voyage from Europe. The 5th ship in Disney’s fleet was handed over to DCL from Meyer Werft Shipyard – the ship’s builder – back on June 9th.

During its journey over to the U.S., the ship made a stop at Disney’s Castaway Cay Sunday where lucky passengers aboard the Disney Dream had the chance to get a first look at the magnificent vessel. The image below shows the Wish docked with the Dream further out during its at-sea day.

The ship’s captain pulled up close to Castaway Cay on the Dream’s at-sea day so cruisers could have a peek. They were even treated to the Disney Wish’s very first horn battle! Watch the video below to hear the duel as our very own Deni was aboard the Dream to witness it first-hand.

Richard Tribou, a journalist from the Orlando Sentinel, was at Jetty Park this morning to film the Wish’s arrival. Be sure to head over to his article for additional details on this morning’s celebration. This is the first new Disney cruise ship that’s been delivered to Port Canaveral in ten years!

Do you have a cruise booked on the new Disney Wish?

If you book your Disney Cruise Line vacation through Dreams Unlimited Travel – the official sponsor of DCL Fan – you will receive a shipboard credit of up to $1000 plus a complimentary gift basket. 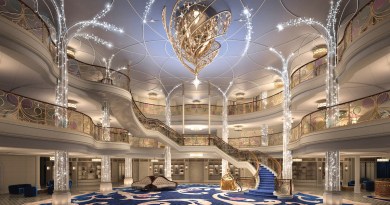 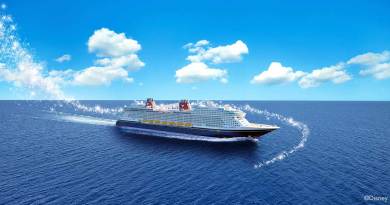 Disney Cruise Line Has Postponed the Launch of the Disney Wish 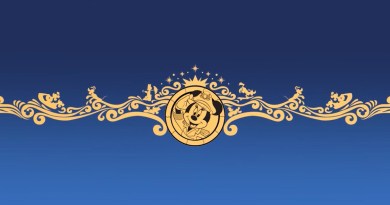