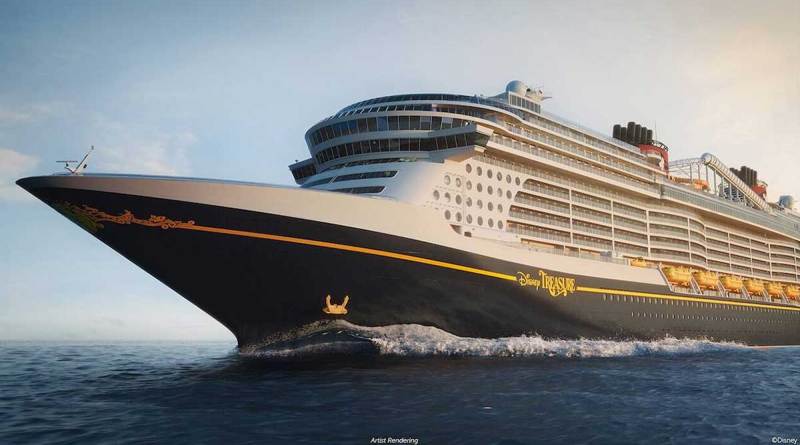 The sixth ship in the Disney Cruise Line fleet, the Disney Treasure, will set sail in 2024. Imagineers have dreamed up a new design concept inspired by the theme of adventure, celebrating Walt Disney’s lifelong love of exploration.

The Grand Hall — the magnificent three-deck-tall atrium that welcomes guests on board — is inspired by the grandeur and mystery of a gilded palace, drawing on real-world influences from Asia and Africa, and paying homage to the far-off land of Agrabah.

At the center, the signature statue will feature Aladdin, Jasmine, and their Magic Carpet.