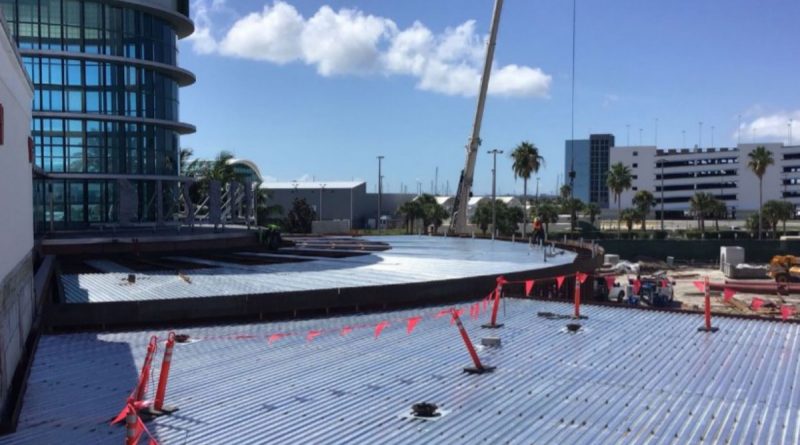 During today’s Canaveral Port Authority Board of Commissioners meeting, CEO John W. Murray provided budget updates and Bill Crowe, Vice President of Engineering, Construction and Facilities, shared pictures of construction from Terminal 8, which is the home to Disney Cruise Line.

Crowe confirmed that, aside from work that has been deferred with approval from both sides, Terminal 8 will be done by April 6, 2021. Deferred work on the concierge lounge and new baggage screening area is expected to be done by fall of 2021.

Later, Crowe said that, despite construction, the terminal would be ready to receive guests should cruise lines return on November 1st.

The expanded areas have details that reflect the original terminal.

In addition to the new construction, repairs are being made in existing areas, such as the signature terrazzo floor.

Work is also being done on the water side to accommodate the Disney Wish. This work is also scheduled to be done in April 2021.

During his portions of the presentation, CEO Murray first discussed how cruising has returned to Europe and what rules are in place there.

He said ships are sailing with reduced capacity, for example, MSC has a maximum of 70% capacity. Ships have added enhanced medical and testing capabilities. Guests are required to stay in the “bubble,” either remaining on the ship while it’s in port or participating in official excursions with other passengers.

Due to testing requirements, ships are enforcing arrival times. Guests arrive for their test, then must wait up to 90 minutes for the results. Murray suggested that if guests were to arrive outside of their window, the terminal could be overloaded.

When asked by board members how much notice they would receive from cruise lines when they are ready to sail again, Murray speculated that there would be 45-60 day lead time. He did, however, suggest that it wouldn’t be earlier than January 2021.

That date also figured into his budget presentation, which happened later in the meeting. The upcoming budget provides for a January 1, 2021 return to cruising with 1 ship for each of the four major companies that use Port Canaveral, and each of those ships sailing at 50% capacity. They estimate that a second ship per company would be added after the first quarter. He suggests that ships would be operating short, close-to-home itineraries.

Murray reminded the board, that these figures were not confirmed by the cruise lines, but were strictly estimates for budgetary purposes. 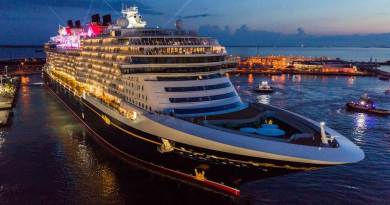 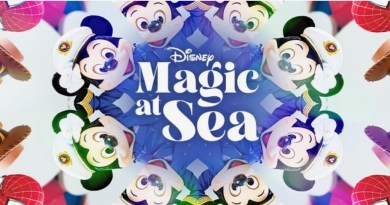 RUMOR CONFIRMED: Disney Magic to Resume Sailing this Summer Out of Ports in England 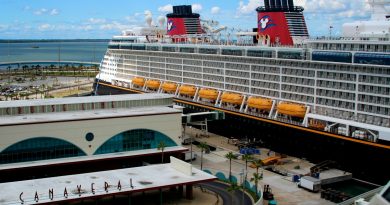