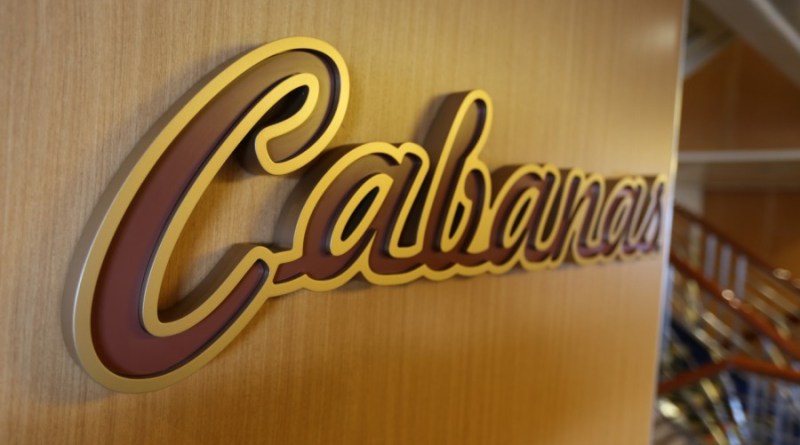 When I’m at Walt Disney World, I immerse myself in the Disney bubble. I become a better version of myself. It’s where I can let my guard down and be vulnerable. Where I can be not only outgoing, but out-giving. Where it’s safe.

In the bubble, I like to think that I am surrounded by people like me who wish only the best for my fellow guests and Disney cast members. I have such affection for those around me and it’s just a good time to be alive. I approach the Disney Bubble with a spirit of gratitude, and not an insistence of entitlement. For what I paid for my Disney trip, Disney owes me nothing more than what they promised. I deserve nothing more. My privilege starts and ends there.

On Serenity Bay, the adults-only beach at Castaway Cay, I overheard a party leaving the beach. One person in the party pointed to the trash they left and suggested they pick it up and discard it in the nearby trash bin. A woman in the party said, “Leave it. That’s what they get paid for.”

If we had a spirit of gratitude, we would approach every situation as a partnership with the cast member, because there’s a real person behind the Disney nametag. And my guess is that you’re having a better day than that cast member. It’s the same motivation to pick up a scrap piece of paper from the ground and place it in the nearest trash receptacle.

There has always been a clear delineation between guest and cast member. This can be a time when guests join the cast, because we have a role to play as well, which is to do one simple thing: spread the magic.

So it is when I’m on a Disney cruise. Every Disney cruise is a floating oasis. I sense such a feeling of kindness and charity. We greet others with eye contact and a smile. We open doors for each other. We’re polite. We think of others more than ourselves. It’s where the human spirit shines.

When at Cabanas, when someone politely gestures a desire to step before us for a meal item, we gladly oblige. Or so I thought.

It was on a Disney cruise not too long ago (pre-COVID) that I became aware of the harsh reality that not everyone has the same level of charity as I do.

A buffet is set up a little differently. A buffet will typically have “stations” where similar items or similar palate offerings are laid out. Yogurt and fruit are found together. Lettuce and other vegetables and dressings are at another station. You may find a station of crab legs and shrimp.

At breakfast, you can have made-to-order omelettes or eggs cooked specially to your liking. For lunch, you may want a burger cooked in a certain way, or a sandwich specially made for you based on preference. Or just head straight to the dessert station.

The idea is that at a buffet you are free and encouraged to wander from station to station.

As you walk into Cabanas, you are initially presented with plates to secure. You’ll need this to start. But this is where a cafeteria and buffet are different. You could begin walking down the first station where you’ll find an assortment of breakfast offerings like scrambled eggs, pancakes, waffles and other hot items. What I’ll call the main course. Then, beyond that, you have the sides, such as bacon, sausage, hash browns.

A natural bottleneck occurs at the entrance because of the assumption that guests have that they have to start there.

Is it necessary for someone to wait in a line that consists of other guests filling their plates with the main course just to get to the bacon? Would it not be acceptable to politely detour around those guests dishing out those items if you only wanted, say, bacon? From there, you are free to wander to the many stations before taking your place at a table.

It is here where my story goes dark.

I was one of those wanderers one morning while I casually moved from station to station. I had one last item to round out my breakfast…you guessed it…bacon. So I headed to the first station and gestured politely to the people in line.

“Excuse me, do you mind if I just grab a few pieces of bacon?”

The response I got was a woman exclaiming, “Hey, no cutsies!” It was her way of saying, “no, you can’t have bacon before I have bacon.” I was roundly rejected. It was a cold reminder that not everyone on that ship shares my altruism. Fortunately for me, Cabanas has a mirror image bacon station where I simply went around the corner, used the same approach and was warmly allowed access.

I don’t want to be hard on that person or those who may agree with her. I want to give them the benefit of the doubt that they misunderstood the concept of Cabanas, and to extend grace to them as well.

The point is, it’s ok if someone cuts in front of you. They’re not trying to deprive you of that last morsel. How will your life change if you allowed someone access ahead of you to get something they seek?

And for goodness sake, read the room and make yourself useful. If you see a young family struggling to get situated and could use an extra hand, be that extra hand! Stack your plates and cups. Gather your silverware and napkins to help the cast member who comes along to clean up after you to get the table ready for the next guest. Former congressman J. C. Watts said it best: “Character is doing the right thing when nobody’s looking.”

But this is about more than Cabanas.

Walt Disney’s dream of EPCOT may not have been realized, but of all the letters that spell “E.P.C.O.T.” the one that has remained on which we have any impact is the C – Community. That is the essence of what I like to refer to as “The Spirit of Walt.”

When at sea, that ship becomes our world. We eat there, sleep there, find recreation, entertainment, and even exercise. And all without working! DCL has provided all of that for us. We need only to bring the C. We decide by our actions and attitudes whether that world is paradise or a dystopian wasteland (ok, so that may be exaggerated, but you know what I mean).

We can make it about ourselves or make it a welcoming community filled with kindness and charity toward others that embraces the Spirit of Walt and truly is the “Happiest Place on Water.”

Dan loves everything Mouse – with a tattoo to prove it – and longs to step back into the Disney bubble any chance he gets. He has a particular admiration of Walt Disney the man, and reads every biography written about Walt Disney that he can get his hands on.

Dan is new to navigating the post-retirement landscape and stays busy putting kayak to water, bike to trail and pen to paper.

He and his wife divide their time between the mountains of Virginia and the shores of North Carolina while visiting their daughters’ families in between. 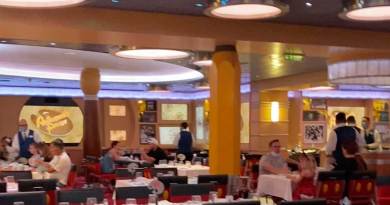 September 29, 2021 Jackie Gailey Comments Off on Dining Rotations Will No Longer Be Shown on DCL Key To The World Cards 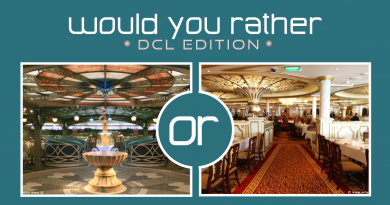 Would You Rather – DCL Edition: Enchanted Garden or Royal Court?

July 3, 2020 DCL Fan Content Team Comments Off on Would You Rather – DCL Edition: Enchanted Garden or Royal Court? 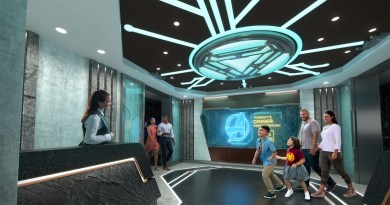 May 6, 2021 Amy Krieger Comments Off on New Family Dining Experiences to Debut on the Disney Wish